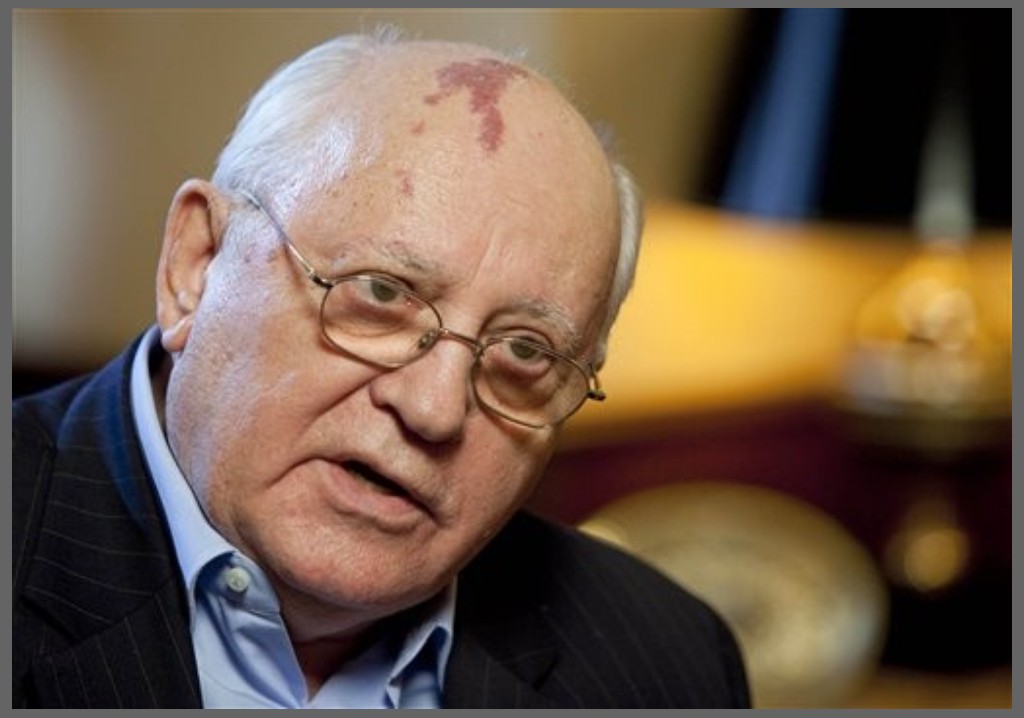 Former Soviet President Mikhail Gorbachev speaks during an interview with The Associated Press in Moscow, Russia, Thursday, March 5, 2009. In an interview with The Associated Press on Thursday, Gorbachev likened Vladamir Putin’s United Russia Party to the communists he once led and helped bring down, and said Russia is today a country where the parliament and the judiciary are not fully free. (AP Photo/Alexander Zemlianichenko)